Now restored as a Bed & Breakfast, this delightful house was built in 1908/1909 for Professor Frank Higham, who is reported to have come to Balaklava conducting a pony and dog show. A reputation gained after curing a sick animal allowed him to dispose of the animal act and set up practise as a vet around April 1905. His actual qualifications to work in this field are unknown apart from personal experience, but he became known across Australia for two of his ‘products’  – “Ottajamba” for treating the sore shoulders of horses, and “Chittanoga” which was used to cure dairy cows suffering from “Dry Bible”.

Professor Higham married Lucy Gates on 10 April 1907 in the Balaklava Church of Christ and in 1908, he engaged Mr JT Quinn to design and build the two-storey shop and residence from where he conducted his veterinary business.  He left Balaklava in 1914.

The house is believed to have got its name of ‘The Matchbox House’ from his wife who described it as such. The Matchbox House is of unusual design and proportions, and is notable as the only two-storey residence in Balaklava. It is located on a prominent corner site on the northern edge of town and is a notable local landmark. 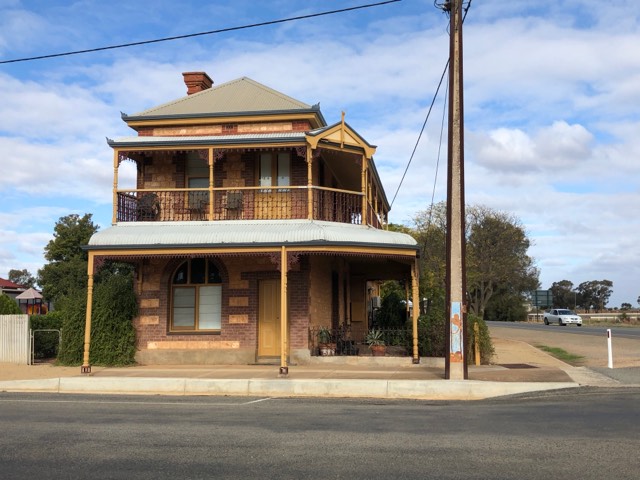