This building was completed in 1880 as the Port Wakefield Institute. It was arguably the finest public building erected in Port Wakefield during the town's heyday. The former institute building is of simple, yet fine design and construction and shows the adaptability of calcrete as a building stone.

Historically, the former Police Station and Court House complex is important because of its association with the first period of Port Wakefield's history when it functioned as the export port for copper ore from the Burra Mines. Although built in the year the copper teams (bullock and mule) were rerouted through Riverton to the new railway terminus at Gawler, thus by-passing the port, the reason for their construction was the problems faced by the town during its early years.

“It was a raw town with the town population made up of a mix of sailors, bullock drivers and muleteers. The muleteers were Spanish-speaking people who originated from Montevideo, Uruguay. They were brought in and employed by the Copper Company in 1853. The town continued to develop over the years becoming an important town in South Australia’s developing economy”.
Port Wakefield CMC

Architecturally, the Police Station and Court House complex is important as an early, and unusually austere, work of the colonial architect Edward Hamilton. While the main building is a variation of a standard layout, the lineal arrangement of the complex is unusual.

The building has been transformed into the Courthouse Museum. It’s well worth a visit! 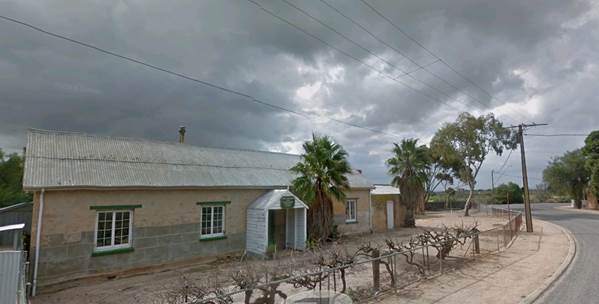