From the Council annals...

4 January 1926 - Following a deputation of residents to Council in December 1925, the Balaklava District Clerk submitted plans for the Silent Cop at the triangle intersection. FC Marshall's offer to erect this for the sum of 10 pounds was accepted.

21 January 1926 - The construction of the Silent Cop column (irreverently referred to by some residents as 'The Cenotaph') at the intersection of the five roads at the Bank Corner has now been completed….it is considered that this ‘silent cop’ will have a very beneficial effect in regulating the traffic and minimising the chance of collisions at this very dangerous spot….it will be very bad for the car that runs into the column, for Mr. F. Marshall has made a very substantial job of (building) it.

February 1926 - Traffic bylaw: Council to strictly enforce regulations re traffic and car parking; a red lamp is to be placed on top of Silent Cop.

March 1926 – The Council Clerk reported that an Automobile Association guide had been engaged for race day to control the traffic; the officer had been stationed at the Silent Cop. The Overseer said it was a good thing to have the help of the guide on occasions when there were so many strangers about. The local people were all right. The guide had not been put there so much for the purpose of catching people as of helping them. He signalled to the people the direction to take, and when mistakes had been made he got them to reverse and go round the Cop. The owners of a motor and one sidecar who had defied the officer had had their names taken. Moved that Council approve of the engagement of the guide and that the charge for his services be paid, noting that the engagement of a guide on such a busy day might mean the saving of life and property.

In 1935 the newspaper reported that people were still driving on the wrong side of the Silent Cop.

Over the years, numerous vehicles have 'tangled' with the Silent Cop.  On at least one occasion the column was actually dislodged and had to be returned to its correct position.

There have also been occasions when inebriated drivers have collided with it – in one known instance about 30 years ago, someone (upon leaving the pub) was quite sure he could see TWO columns and attempted to drive between them!

There has also been at least one instance (eyewitnessed, also about 30 years ago) where an elderly lady was driving east along Edith Tce and wanted to turn right into Wallace Street. Instead of going around the Silent Cop, she turned right at the 'chemist corner' on the wrong side of the silent cop (she could not possibly see if anyone was coming along Wallace Street) so how she managed to get around there safely is difficult to imagine.

Silent Cops were once common features of major traffic intersections in cities and country towns as the motor car began to compound traffic problems. Now they are extremely scarce throughout South Australia. The Balaklava Silent Cop is an integral part of the six-way intersection in the town and forms part of a historical streetscape. 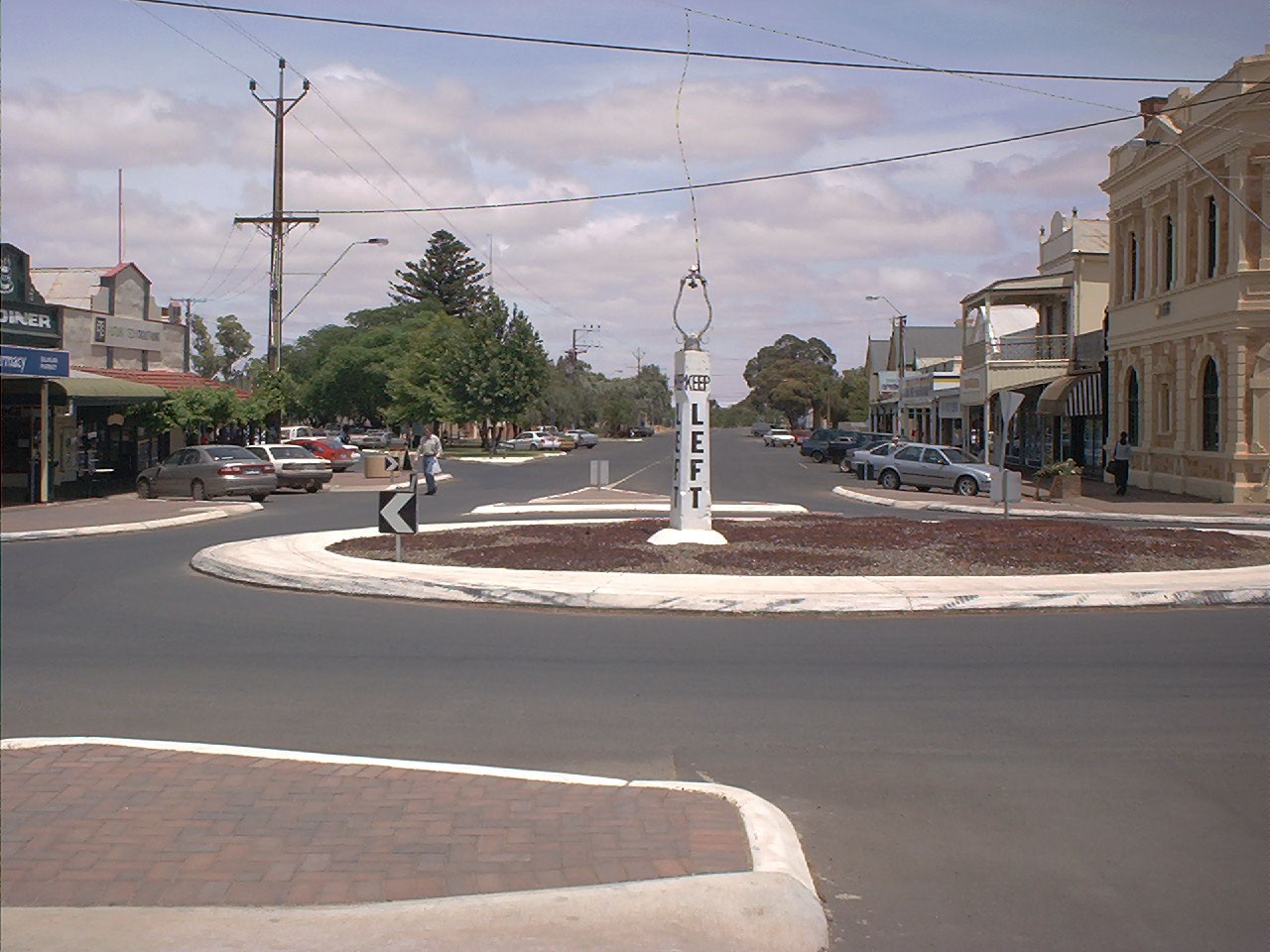